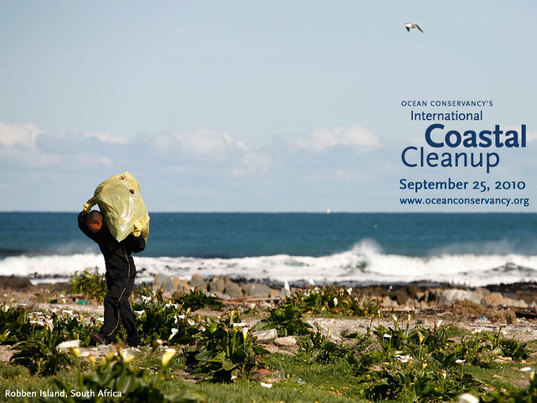 As state coordinator of Gujarat, Jeevan Jyot Kendra has organized events at three places, and details of each location are summarized as below.

An interactive session was arranged on, for Rupayatan Balbhavan - School students. The session was aiming to give students idea about what ICC event is and also for increasing awareness on plastic dependency in our lives. Students were given knowledge by screening documentary on use of plastic worldwide, how to consume minimum of plastic in our daily life & how to recycle things made from plastic. Students took part in the interactive sessions & took a pledge to keep the surroundings clean & recycle pen, toys, chocolate wrappers, etc. Some images of the event are given below.

A cleanup event was arranged for 3rd October, 2010, after seeing the enthusiasm among students and trustees of Rupayatan Balbhavan. The venue selected was a nearby religious place in Girnar mountain region, neighboring to Rupayatan Balbhavan, known as Jatashankar Temple. The selection of site was with reference to the fact that during monsoon it has much of the tourist attraction which creates huge amount of debris with no proper facility for disposal of waste in the pristine area of the Girnar Wildlife Sanctuary within which it is located.

More then 50 students     participated in the event & collected waste such as plastic bags, food wrappers, shoes, clothes, food dishes, plastic bottles, beverage cans, etc. Students were also given knowledge on fossil fuels & how to keep forests clean & use minimum of paper so as to cut less amount of trees. We appreciate the work of students, & there understanding of responsibility as future citizens.

For Vadodara, Jeevan Jyot Kendra was supported by Gujarat Nature Conservation Society (GNCS), which performed efficiently for the event that has been held for first time in the city. The activities by GNCS have been summarized below.


This year, the week of 20-26th September was identified as Coastal Cleanup Week. The idea behind keeping events in sync is to gain more media and thus, social attention towards the objectives of the event. Involvement of GNCS has begun with the invite from ‘Jeevan Jyot Kendra’ (an NGO based in Junagadh), which acts as National as well as State coordinator for this event. With this invite GNCS has taken up the responsibility of working as dedicated NGO for Vadodara. To make event a success as much possible in the short time given, GNCS communicated with other organizations out of which GNCS tied up for various activities.

A presentation was arranged for students of 8th and 9th standard, on 23rd September, 2010. The presentation prepared by Mr. Mitesh Dave, was about how marine debris harm our coastal ecology and how our responsible way of living can improve the situation. The lecture was narrated to the students in simplified language by Mr. Hitesh Vasava in interactive ways. Student’s response was very enthusiastic and co-operative. Students seem to gain new information on how irresponsibly thrown municipal waste by them can someday harm to marine mammals and birds. During interactive sessions on ‘plastic in our lives’, they also showed enthusiasm to know ways on reducing dependency to plastic and looking for alternatives in their day to day life.

An introductory meet to ICC events, was arranged at Sayajibaug, Vadodara for GNCS members and volunteers on 28th September, 2010. This meet triggered enthusiasm among children specially which was a good sign. The group was made of children involved in activities of GNCS and BAL Bhavan especially like Amateur Astronomer’s Association of Vadodara. The meeting was focused on introducing them to ICC event and on how the cleanup is to done systematically. 44 students and parents along with the visitors in the garden joined the introductory session and committed their positive support to make event successful.

Next such orientation was on 3rd October, 2010 before the cleanup itself started. The volunteers met in the morning at GNCS premise (Nature Education Park), which is about 2 kms from the Mahi River Barrage – the cleanup site. The officials of GNCS and associates from Jeevan Jyot Kendra organisation the Chief Education Officer of Gujarat Nature Conservation Society, Mr. Mukesh Pathak made an introductory session on planning and schedule of the event, Objectives and aims of the event, grouping of the participants to start with the cleanup campaign at the bank of Mahi river of village Sindhrot.

The information and instructions were passed on what precautions to be taken etc. For better management of the event, volunteers were divided in four groups with a dozen in each, along with adults to take care and help them. Once been on site, each group was given defined area with them to clean it up and feel the trash generated by human activities (as site being a popular picnic spot) into trash bags given group-viz.

After collection of the waste materials, children returned to Nature Education Park for segregation of collected waste materials. After segregation of  all the waste all the plastic waste were given for recycling and other waste were given to the nearest waste dumping yard. The event was very successful with education to understand our environmental problems to save our biosphere. The local print media like Times of India and Gujarat Samachar took the initiatives to popularise the event to make broad reach of the campaign.

A 12 years old girl from Rosary High School of Vadodara city, participant in the campaign delivered presentation during the morning school assembly after the event. The school principals appreciated her effort and ask her to lead the cleanup program in the school premises. She had been cheered with applause by the student and teachers of the school during the assembly after she finished sharing her experience at Mahi River campaign.

Encl: Articles from Times of India & NGO publications are attached herewith this report.

Shri Dinesh Goswami & Mr. Jignesh Gohil took the initiative of cleaning the coastal areas of Kodinar. An educational session was organized for the students of Nalanda School & Navodaya School to create awareness among the sea animals & other marine life. Films of rescue of whale, tortoise, birds, etc were shown to them & how carelessness of human behaviour affects these marine life was explained to them.

After the session on 26th Sep, students of Navodaya School participated in cleaning the beach of “Mul Dwarka”. More then 30 students participated in the event. They collected all the waste from the shoreline & accumulated in big trash bags filled more with sand. At the time of sorting they found many small creatures dead, tied up with plastic bags & ropes used for fishing. They felt very sorry about the human behaviour of throwing waste here & there. The school has decided to awareness programs every month at the nearby coastal areas.

Next week on 3rd Oct, 28 students of Navodaya School actively participated in the beach cleanup event organized at Velan Chhara. The beach is most used by fishermen & it has huge garbage of ropes, shoes, clothes, etc. The marine life such as turtles, fish & birds find it very hard when they have to lay eggs, due to these there is constant decrease in the record of migratory birds. Prakruti Nature Club is spreading a rapid awareness regarding these & doing various clean up programs, rescue programs & conservation programs.
Jeevan Jyot Kendra